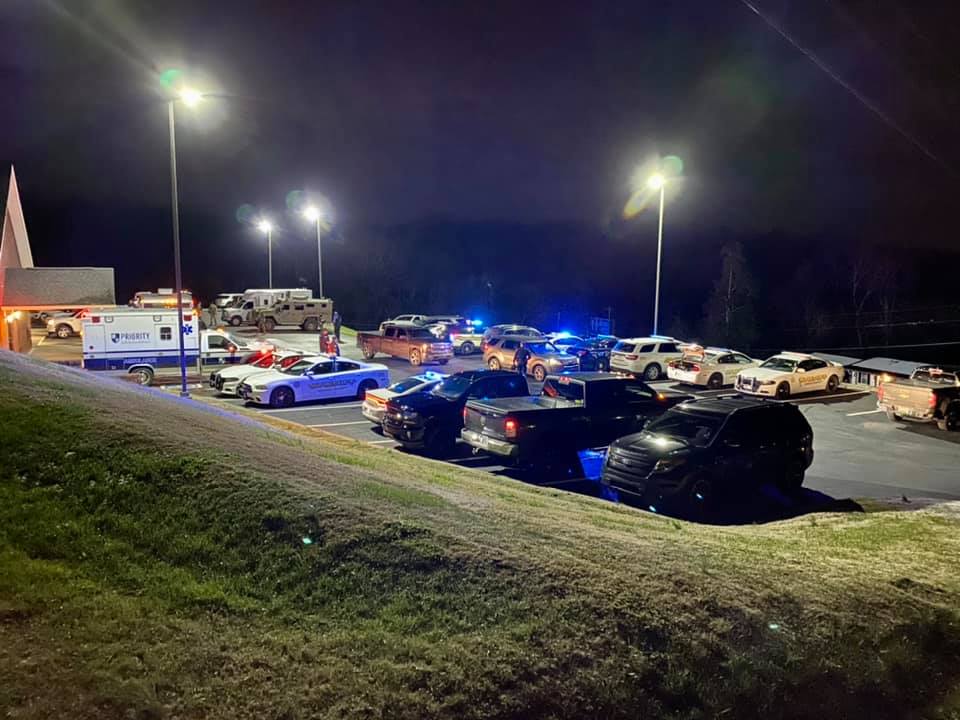 LOUDON COUNTY, TENNESSEE – Devin Demascus McGuire was just taken into custody by LCSO Deputies on December 28 after a Sunday evening pursuit turned into a shoot out.
The 31 year old McGuire is accused of firing multiple rounds from a high-powered rifle at Lenoir City Officers and Loudon County Deputies and hitting their patrol vehicles multiple times.
McGuire, who has a lengthy criminal history, has been taken to the Loudon County Detention Facility and held pending bond on multiple counts of attempted first-degree murder and aggravated kidnapping.
Everyone at LCSO would like to extend our thanks to the Lenoir City Police Department, the Blount County SWAT and K9 teams, the Knox County Sheriff’s Office Patrol and Aviation Divisions, the Anderson County Sheriff’s Office, the Tennessee Highway Patrol’s Aviation Unit, the United States Marshall Service, the Loudon County E-911 Center and Priority EMS, for their quick response and amazing help. We are blessed to have a network of law enforcement partnerships that extend well beyond our county lines.
LCSO said the following of the manhunt:
“We have launched a large-scale ground and air search for this individual.”, said LCSO Chief Deputy Jimmy Davis. “The individual that we are searching for is to be considered armed and extremely dangerous. We are utilizing resources from Loudon County, Knox County and Blount County Sheriff’s Offices, the Lenoir City Police Department and air support from both the Knox County SO and the Tennessee Highway Patrol.”, said Davis.
Loudon County Sheriff Office manhunt shots fired