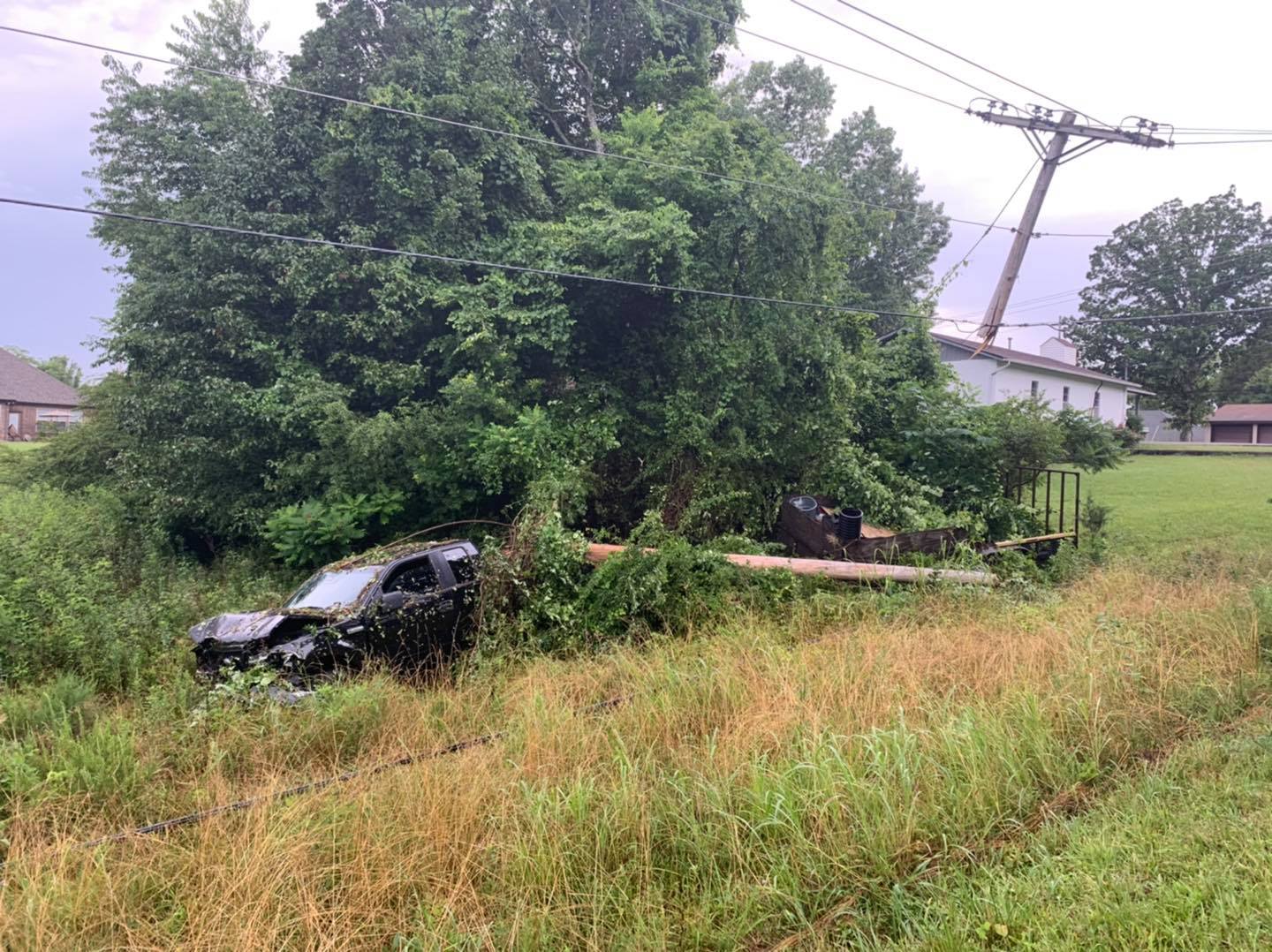 LENOIR CITY, TENNESSEE – LCSO deputies and K9 teams responded to a report of a hit and run crash with injury at the intersection of Martel and Muddy Creek. On scene, deputies learned that the driver had fled from the first scene and continued up Beals Chapel where he then left the roadway and struck a LCUB power pole causing It to break in half at the intersection of Lakeview Road.
Witnesses observed the male flee the scene of the second crash on foot and run into a nearby wood line. K9 teams and Deputies deployed in the area and after a lengthy area search, the suspect was located and apprehended without incident. The suspect was evaluated by Priority EMS and refused treatment.
The suspect was identified as John D. Jones, 35, of Knoxville. 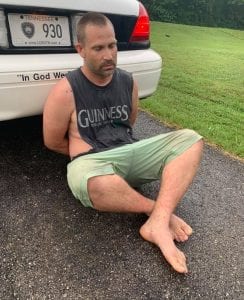 The Tennessee Highway Patrol responded to both scenes and are handling the crash investigations.
LCUB is on scene at Beals Chapel and Lakeview Road and advising Beals Chapel was shut down for approximately 3-5 hours.
Images are courtesy of LCSO Facebook. 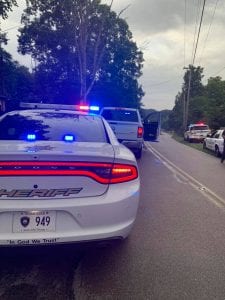 Law enforcement at the scene of the accident.