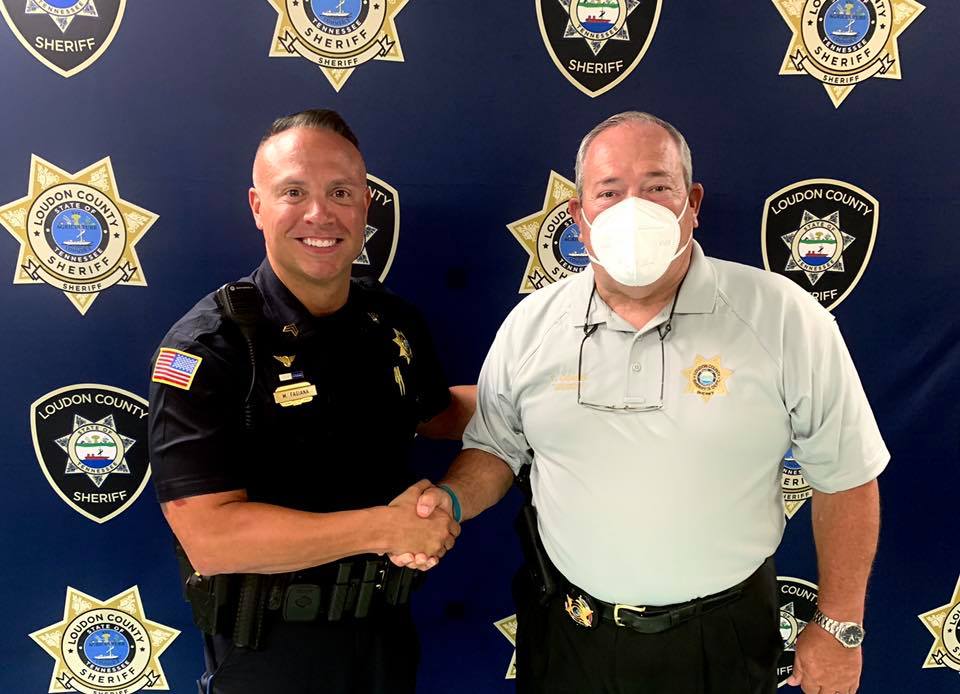 LOUDON COUNTY, TENNESSEE – Loudon County Sheriff Tim Guider announced the promotion of two LCSO employees at a badge pinning ceremony at the Loudon County Justice Center.
Sergeant Matt Fagiana was promoted to the rank of Sergeant, overseeing LCSO’s 3rd Shift Patrol Squad. Fagiana previously served as Corporal on LCSO’s 2nd Shift Patrol Squad. Sergeant Fagiana started his law enforcement career in 2000 with the Gatlinburg Police Department, graduating from Walter’s State Police Academy in 2001. He is also a 2002 graduate of the Tennessee Highway Patrol’s Trooper Academy.
Sergeant Fagiana started as a Deputy with Loudon County in 2012 and was promoted to Corporal in 2019. He currently serves as LCSO’s PIO (Public Information Officer). Fagiana is a 1998 graduate of Seymour High School and holds a Bachelors Degree in Emergency Services Administration from Bethel University.
Corporal Lance Anderson was promoted to the rank of Corporal and will be assigned to LCSO’s 2nd Shift Patrol Squad. Corporal Anderson served most recently as the agency’s Senior FTO (Field Training Officer). Anderson started his career in law enforcement in 2008 with the Blount County Sheriff’s Office. He is a 2012 graduate of the Walter’s State Police Academy. 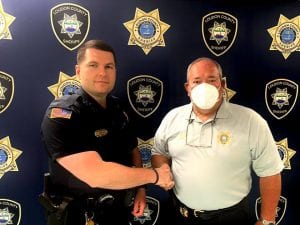 Corporal Anderson started his career with LCSO in 2012 where he has served his entire career on 2nd Shift Patrol and is responsible for field training a large number of the agency’s newest deputies. Anderson is a 2005 graduate of Maryville High School and holds an Associates Degree in Public Safety from Walters State Community College and a Bachelors Degree in Criminal Justice from Bethel University.
Both Fagiana and Anderson were selected after a competitive process that included a review by an external promotional interview board that was made up of Assistant Chiefs from the Anderson County and the Blount County Sheriff’s Offices and a Lieutenant from the Knoxville Police Department.
Interestingly, both Sergeant Fagiana and Corporal Anderson began chasing their law enforcement career interests through participation in the Law Enforcement Explorer Program as teenagers. Fagiana began as an Explorer with the Knoxville Police Department in 1995 while Anderson served as an Explorer with the Blount County Sheriff’s Office, getting his start in 2003.
LCSO Loudon County Sheriff Office officer promotion Press Release Sheriff Tim Guider

Do NOT follow this link or you will be banned from the site!