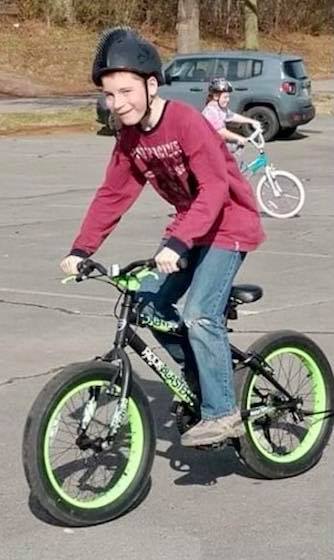 LOUDON, TENN.- Loudon City Police Officials are asking for the public’s help in the disappearance of 15-year-old Tegan Daugherty.

Tegan was last seen at approximately 9:00 am on Sunday, October 10th, at his residence in Loudon City. Teagan is believed to have left the area of his home on a black bicycle with neon green stripes on the tires (seen in the attached photo). He was wearing blue jeans and a dark blue Jurassic Park t-shirt at the time of his disappearance.

Teagan wears prescription eyeglasses and had them with him when he disappeared.

If anyone has any information regarding the whereabouts of Teagan, you’re urged to call the Loudon County E-911 Center at (865) 458-9081